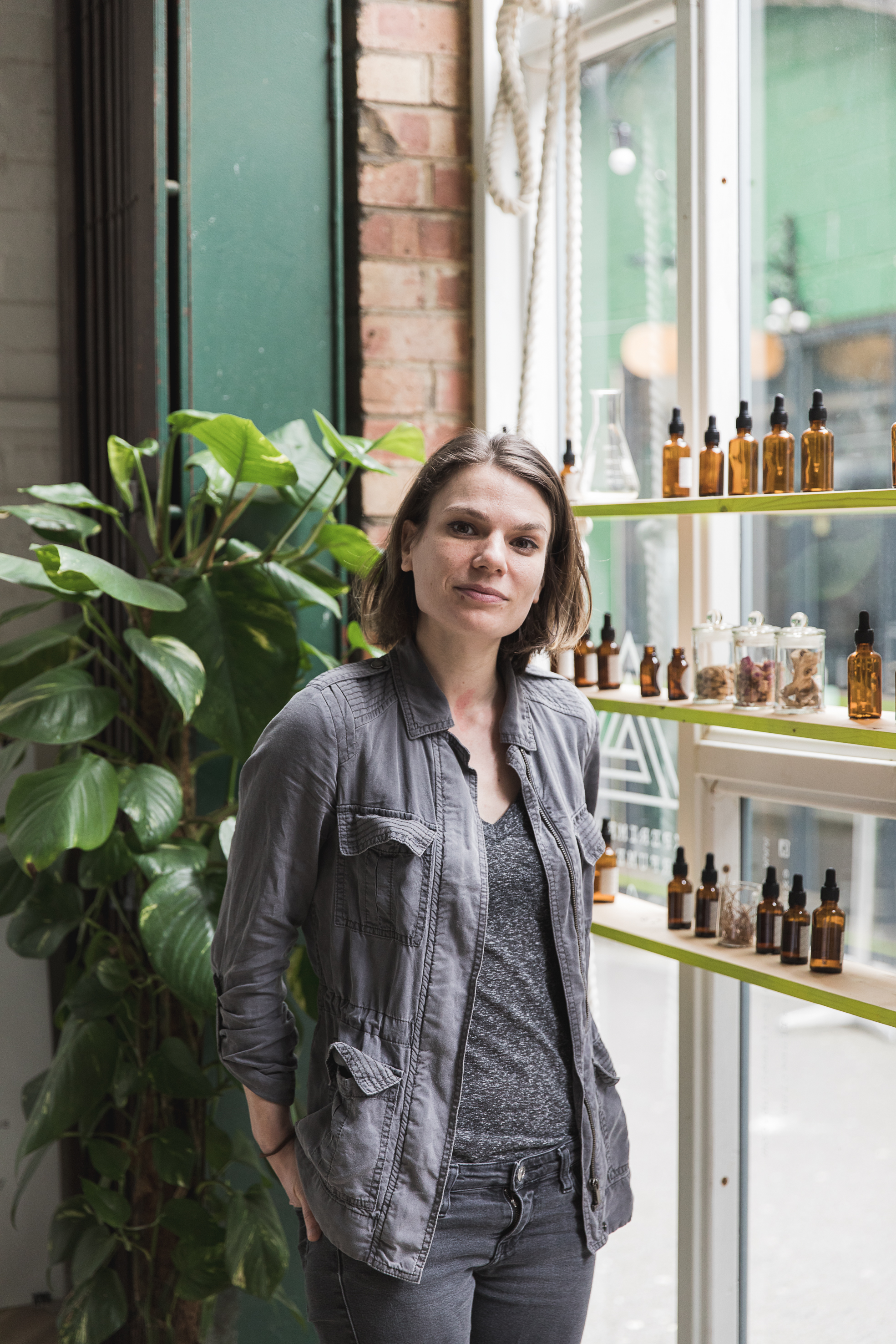 Defining herself through work and following her passion was crucial for Emmanuelle Moeglin, Founder of Experimental Perfume Club.

Aiming to re-connect consumers with the art of scent, the Experimental Perfume Club started as the only London based open laboratory, where people could learn about the science behind the fragrance. Unsurprisingly, since 2017, the independent perfume house has disrupted the fragrance industry and achieved huge success.

Working from a studio space at Netil House, the workshops are fully booked months in advance and the perfumes are now stocked in stores including Harvey Nichols and Liberty, with a new concept blending bar introduced to Selfridges late last year.

We caught up with Emmanuelle to find out what drew her to perfumery and the key ingredients to her success.

Where did your journey begin?

EM: I began my journey at one of the world’s leading perfumery schools, ISIPCA in Versailles, where I learnt the fundamental science and secrets of fragrance creation. I went on to travel the world and collaborate with some of the most esteemed perfumers, working as a Scent Design Manager for fragrance brands for organisations such as L’Oreal and Puig in Paris, Barcelona and New York.

When I moved to London seven years ago, it struck me that there was no organic fragrance development, as this generally occurred in Paris or mainland Europe, so I deviated into marketing and more recently worked as a scent trend forecaster for brands.

And so, the Experimental Perfume Club was born...

EM: After a successful crowdfunding campaign in August 2017 we were able to set the wheels in motion, it was hard work but so worth it. Scent is such a personal experience and I wanted to educate people about the work that goes into creating it. My workshops aim to show people that putting together a bespoke fragrance they love is hard, but possible. We’re not trying to simplify the art, but we do want it to be accessible and allow them to recognise the different ingredients and blend the notes.

EM: The business started as an open access perfume laboratory which is still fundamental to what we do today, but the business has developed a lot. Alongside workshops we have created a range of retail products that gives consumers the power to be creative with the fragrance they wear.

The open access laboratory takes up about 30% of our business, where anyone can come along to learn how to create fragrances either in one in-depth session, or through group classes. There are both half and full-day options - the most popular option sells out 3-months in advance. The other 70% of our time is taken up working on developing and innovating our product, so we can launch it in Europe and beyond this year! It’s an exciting time for the growth of a start-up.

EM: Setting-up the business was a big moment for me. Since then, it’s great being able to bring the Experimental Perfume Club experience to Selfridges. We are now able to help customers learn the art of layering fragrances, as all of ours can be blended together. Fragrance fans are able to get a consultation and create their own personal scent at the counter.

Anyone help you along the way?

EM: I've struck up a firm friendship with my studio neighbour and prolific lighting designer, Jason Bruges. We don't get lots of time to catch-up, but even a few minutes between meetings are often enough for me. Jason's business knowledge has been invaluable and he has been a great mentor when I've faced a challenge. I have hoped to share my wisdom with any of the younger businesses I interact with through Eat Work Art after finding it so helpful. If I had set up in a high street location I would not have the same community!

What advice would you give someone thinking about making the leap?

EM: I would say just go for it, don’t overthink it. It’s good to have an idea of what you want to do, but the planning goes out the window as soon as you start your business. I see a lot of people with great ideas but they procrastinate at the planning stage (so did I!) but the moment I launched, I realised it’s useless. Go with the flow but be ready for hard work and if you’re not passionate about it, it won’t work.

EM: We chose Netil House 3 years ago as we needed a space large enough to accommodate workshops and the equipment. There’s lots of natural light and footfall from people walking to Broadway Market and Netil Market. It’s been really helpful in enabling us to attract a crowd of like-minded people from East London’s creative community.

Netil House connected me to fellow resident Wolf & Badger and we had the chance to collaborate on the project with Selfridges. Creative collaboration is important to me and the set-up here allows for this process to happen organically.

I don’t think we would have had the same success in other parts of London. A good majority of the people who attend our workshops are people who pass by and see us running them and want to get involved. It’s great you have the sense of community with other residents and everyone really seems to look out for each other, which is especially important when you are just starting out.

If you’re looking for a large studio space check out our available options here.