Jason Bruges Studio is a multi-disciplinary architecture, art and design studio based at Netil House. It has become internationally renowned for producing innovative installations, interventions and ground breaking works. Considered a pioneer of this hybrid in-between space, Jason has subsequently paved the way for a new genre of design studios, artists and designer-makers. On its 20th anniversary year, we caught up with Founder, Jason Bruges, about his practice. 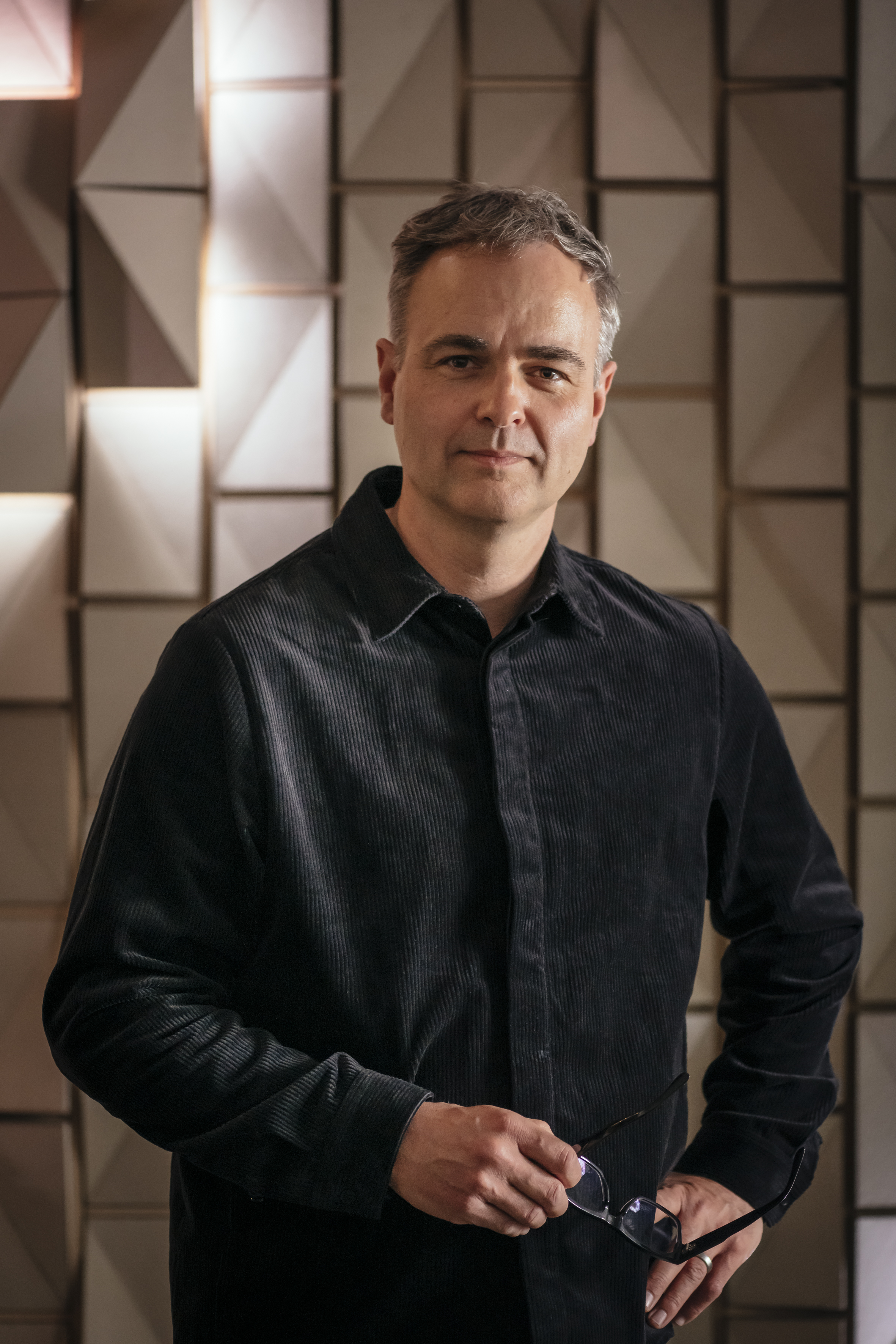 "I started experimenting with interactive art during my post-graduate research at the Bartlett, UCL. Shortly after graduating, I began entering public art competitions and when I won one it basically forced me to set up a studio in order to actually deliver the work. The evolutionary growth of the studio has been quite organic in terms of the response to commissions and the opportunities that have happened. The make-up and the skills of the Studio have then developed over time to reflect the natural evolution of the work."

It was your 20th anniversary this year, what have been some of your best moments over the years?

Launching Memory Wall, the world’s first video-controlled interior, for the Puerta America Hotel in Madrid, which was a collaboration with Ushida Findlay. The artwork sources colours from what people are wearing as they came through the lobby of the hotel to create a chameleon-like skin. It was a huge accomplishment after only a few years of setting up the studio; a rewarding coming together of ideas and skills finally seen to fruition.

Then a more recent piece, The Constant Gardeners, was a performative media artwork delivered in Central Tokyo commissioned to reflect upon the 2020 Olympic and Paralympic Games. Launched during the global pandemic, the piece was delivered against all odds and was an important meditation on the role technology will play in creating a happier, healthier future. 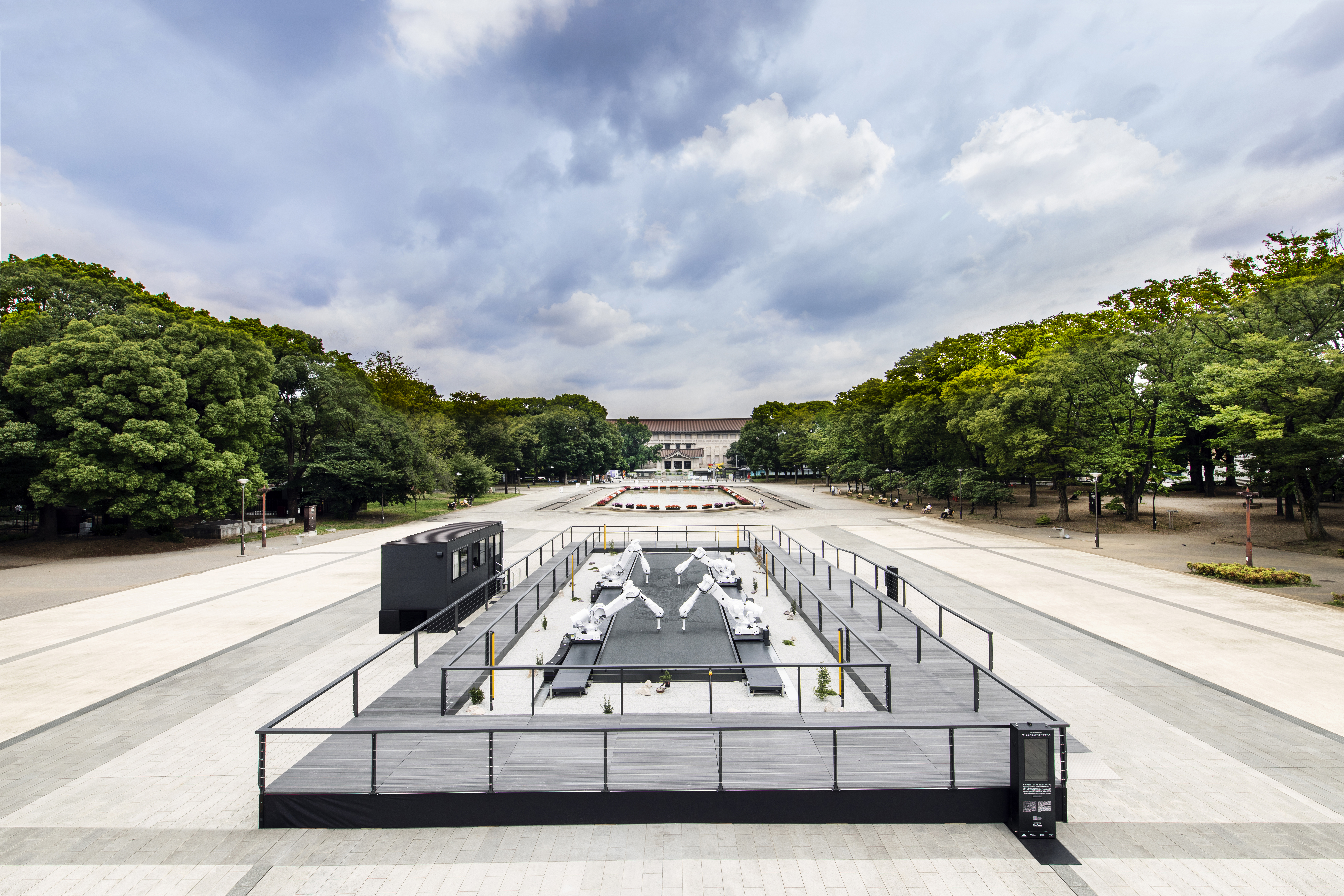 Another simple highlight is turning artworks on for the first time. Finally seeing an artwork coming into being, its personality and behaviours coming to life, then seeing the effect it has on people and observing how they engage with it. Perhaps the most memorable works for me are the ones that really affect people and make an impact on the world, like Nature Trail for Great Ormond Street Hospital. For this we created a cast of digital animals that come to life in the wallpaper with integrated LED panels. They accompany children on their journey from ward to operating theatre and provide a source of comfort and distraction.

Finally, another joy is the team in the Studio. People come and go but I’m always surrounded by extremely talented individuals who are inspiring to work with.

What's important to you?

Family, friends and my surrounding environments are all important to me as well as remaining ambitious, striving for excellence, and exploring unchartered territories in my work. 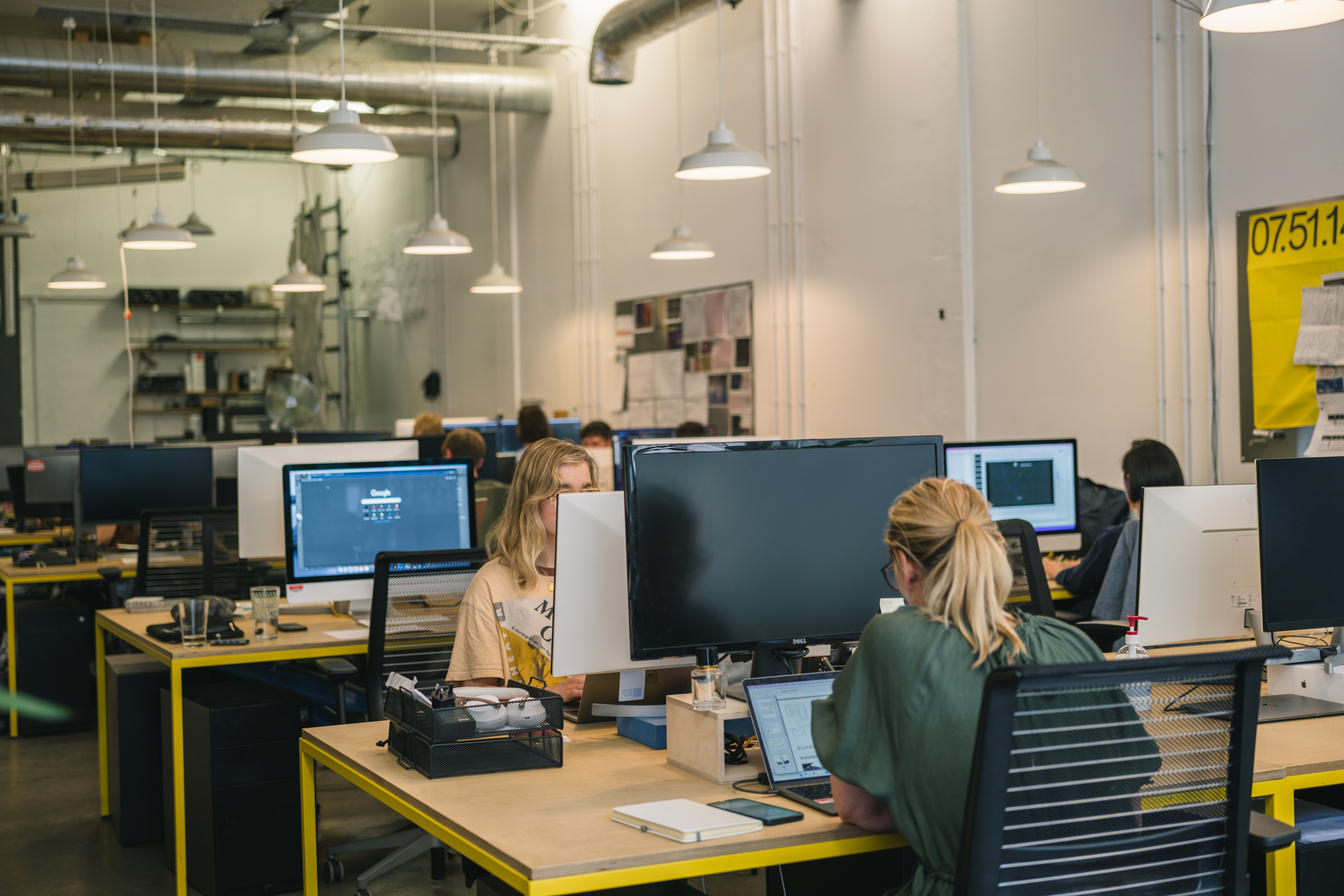 Anything you've learnt along the way as a creative?

Communicating your ideas clearly and effectively is one of the most important things you can do as a creative. How you talk about something and present it matters just as much as the final product. 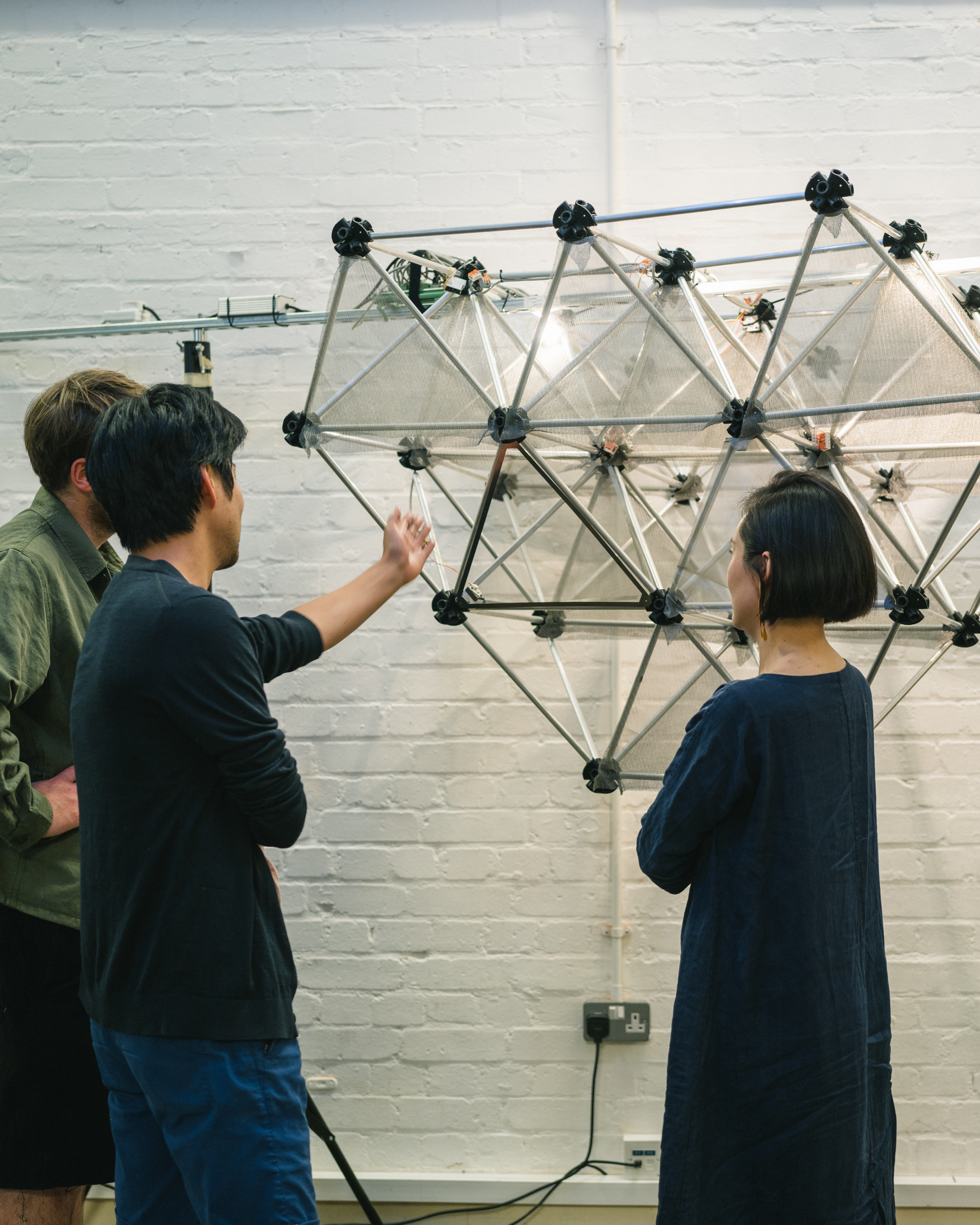 How does you/your team begin to approach a new project/brief?

The process is always different for each project, but in general it begins with either a site visit, a brainstorming session, internal conversation, chats with stakeholders, some sketching, prototyping, animating, and storyboarding. To keep things fresh, we like to challenge the brief; challenge what’s given to us, add, amend, explore, clarify, but always listen. 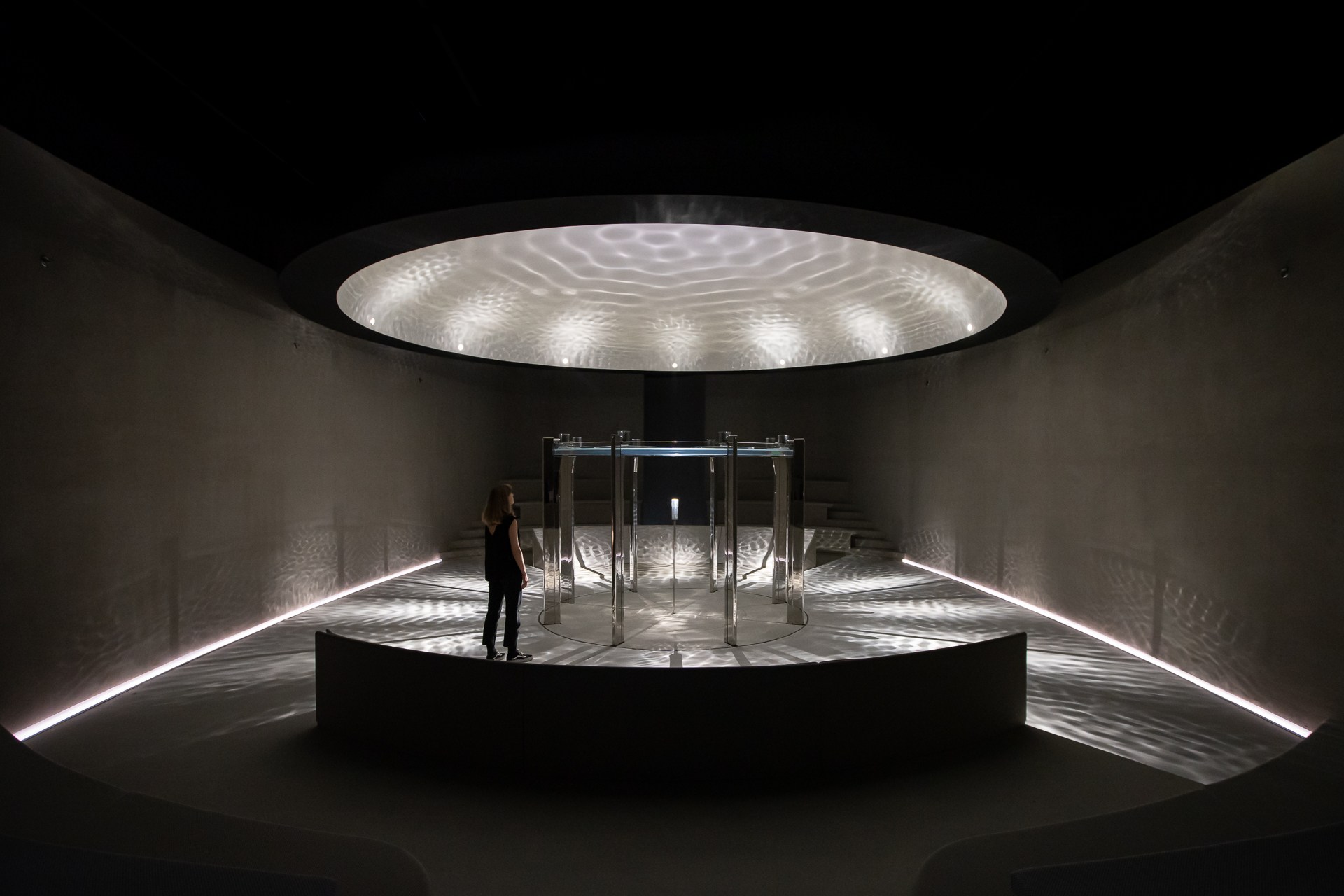 You've been a long-standing resident at Netil House, what do you like about being part of its community?

It’s nice to have neighbours and a strong support network. It’s a relaxed environment with a strong sense of community and most people around us have a creative enterprise which is nice to be a part of. 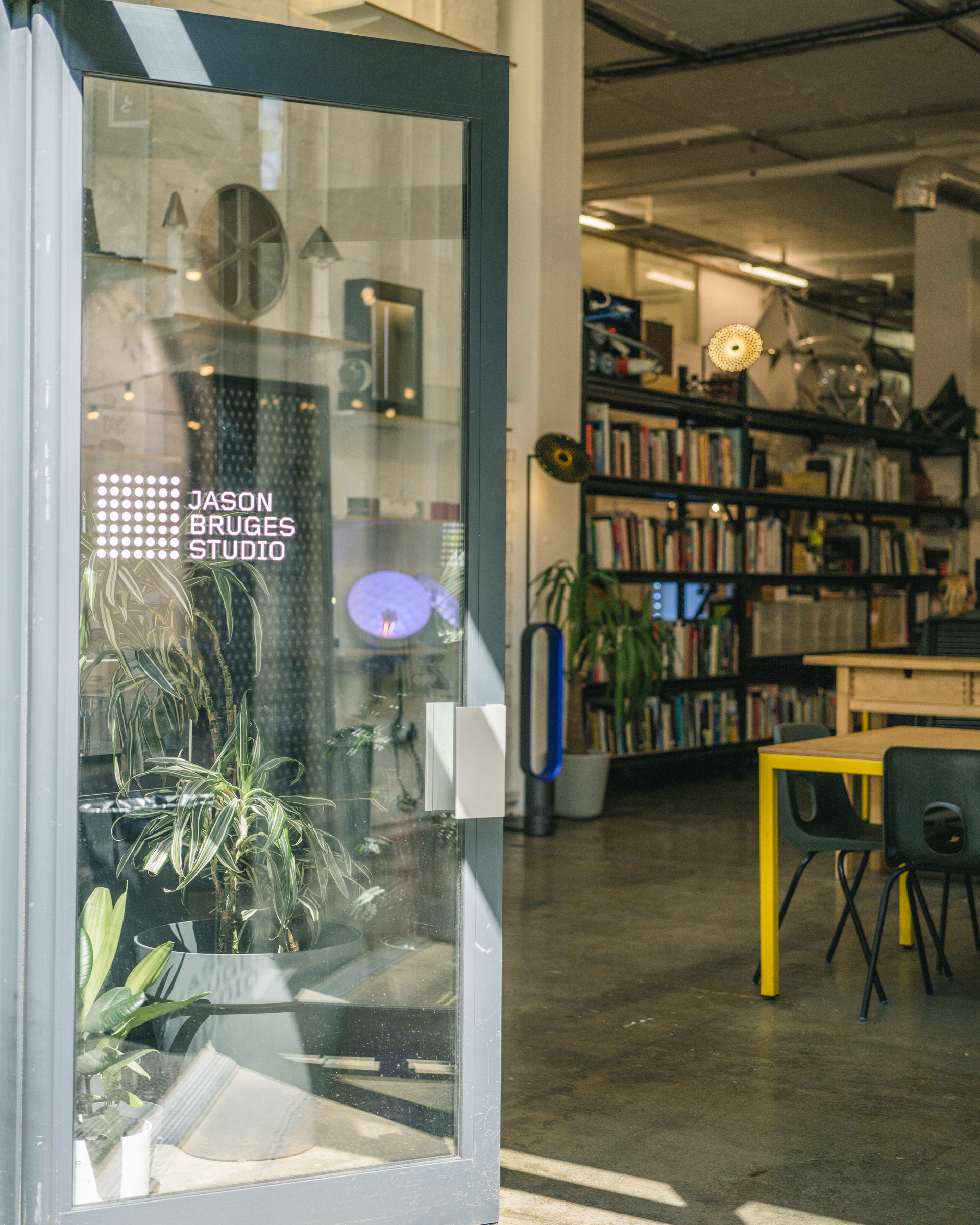