Eat Work Art was lucky enough to grab 5 minutes with TikTok sensation and celebrated artist, Dan Bullock. We learned more about his success as a TikTok star and what makes his art practice unique.

Dan Bullock is a 26-year-old fine artist living and working in Plymouth. At the start of 2017 he left his job in the games industry to pursue painting full time. He has an ongoing obsession with portraiture and a passion for plein air adventures. 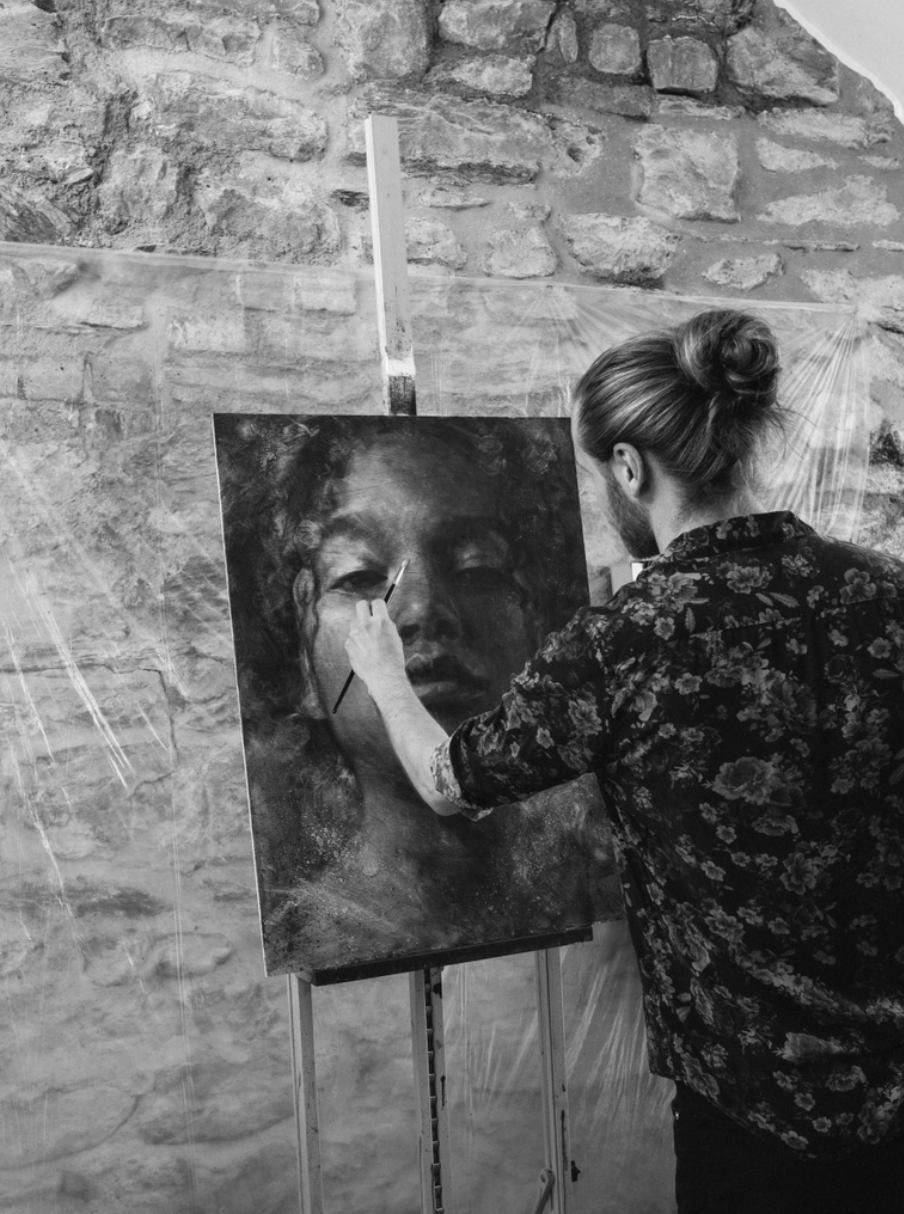 What does your day-to-day look like at the moment?

"Good question! It’s my first time having my own private studio as well as living alone, so we’re just at the start of trying to figure out this whole artist-routine thing. It’s definitely not a 9-5 though, I can say that. At the moment, I seem to be rolling in to studio at around 11, fuelled by plenty of coffee, and then hopefully spending as much time painting as possible. There’s definitely been more of a balance recently with the need to reply to emails and edit videos for TikTok (you know - adult stuff), but generally the more time I spent putting colourful oils on a bit of wood, the better the day."

What do you love about Plymouth?

"Living by the sea and having the walk along the harbour to get in to the studio has been a real game changer for me so far. Just being by the sea in general to be honest, and it definitely helps that the weather has been delivering. Also moving from small town to an actual city has all of the obvious perks of things to do, places to eat, and I’m really looking forward to making the most of that. 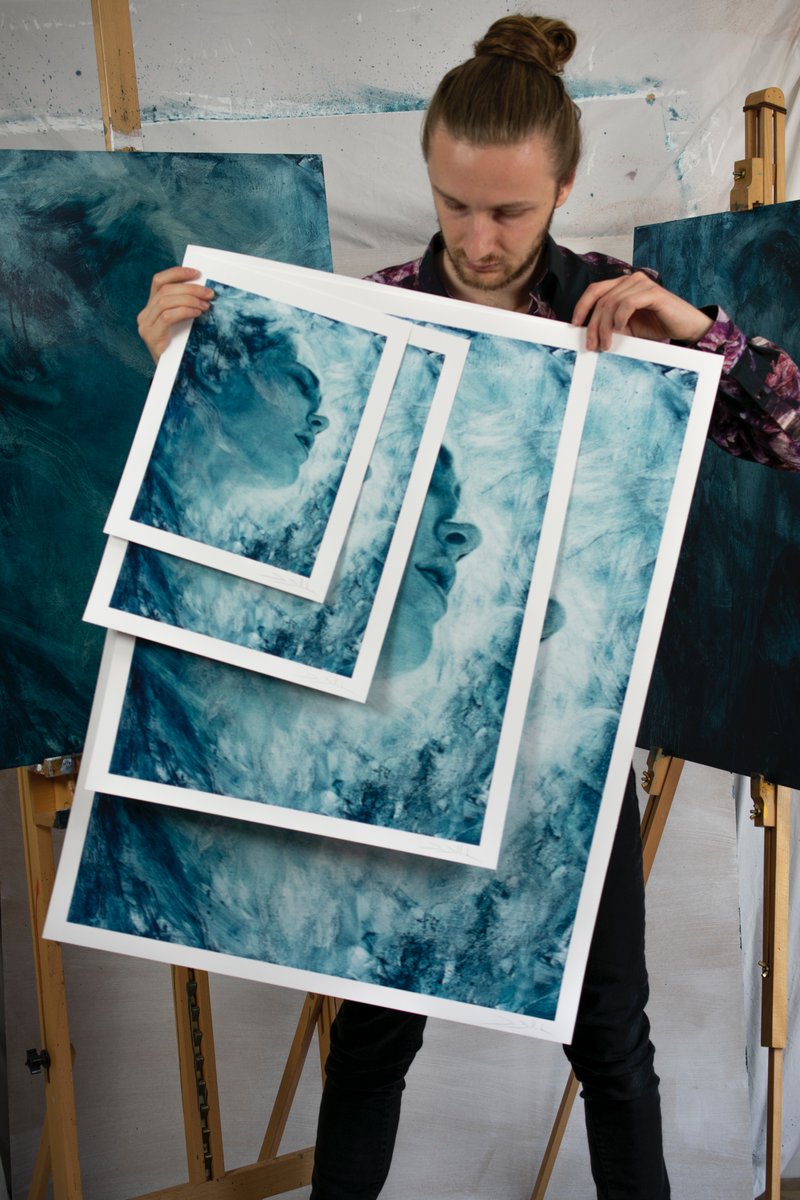 Want to tell us a bit about the past year for you?

"Oh boy, what a year. I hadn’t had that serious moment of self reflection until you asked, so bare with me. I guess a year ago I must have heard of TikTok… but not in my wildest dreams would I have thought that it was about to literally change my life.

Over a year ago I was in Melbourne, working in a bar, and planning on staying for a year or two. Then I flew home and started experimenting a bit more with my artwork. Really having fun with it again, you know? Portraits, landscapes, new techniques, wherever the wind happened to take me.

The first biggest moment though was probably in October when I bought a big bit of MDF for this painting idea, having basically done small works for my entire life. I tried the painting and absolutely bit the dirt on it. Feeling dejected, and not wanted to waste the panel, I flipped it over and decided to have a go at a big painting of some eyes. I guess I’ve always been drawn to painting eyes, and in hindsight it makes sense that that would work for me, but going in to that painting I had zero expectations. Anyway, I was pretty happy with it after I finished. I posted it on TikTok, and it now has over 17 million views. So. I dunno. That happened. There is no way I’ll ever get my head around that number. I auctioned the painting, and the auctioneer pointed out that more people have watched me throwing paint around in my parents garden, than live in Ireland, Norway and Denmark combined. Anyway, that was my first major, serious art sale, and probably the first time I properly believed I was on the right track, having spent the last 4 years trying to figure out how to be an artist.

The second biggest probably isn’t so obvious from the outside, but there was a moment after doing three paintings in my eye serious that I decided to change it up completely and do a fully monochrome portrait. Because when you have a good thing going, you change direction. Right? I guess I had this cool idea that needed painting, needed a change, and thankfully the people that had started enjoying my recent work didn’t immediately unfollow. That series is now doing well, I’m having an incredible time painting (which is honestly the main thing, and I don’t say enough), and we move to the third major life changing moment of the past year. I moved out of my parents house, stopped getting paint on the walls of their living room (sorry mum!!), moved to a new city, to a new flat, and most importantly, my first ever private studio in the absolutely wonderful Alma Yard!" 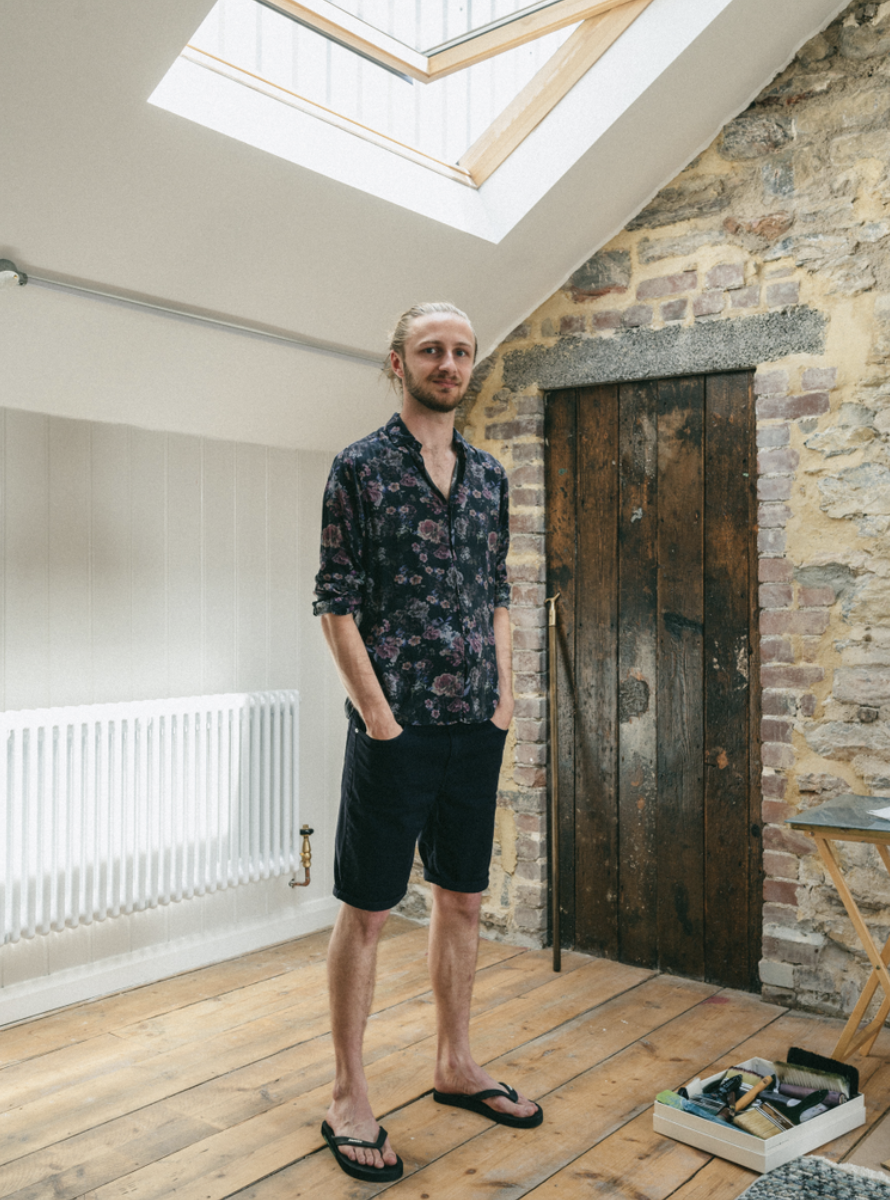 "Honestly, I have been falling quickly and deeply in love with my studio. The first day I put paint to canvas in the new space was absolutely magical. I don’t think I’v ever felt that way before and I’m not sure how to explain it. The studio is phenomenal, the light is perfect, the people are amazing, and it’s only going to keep getting better and better as the site develops and grows. I had a moment the other day where I’d had a busy day working and needed a break. I went for a wander around, chatted to other artists about arty things, made a cup of tea, and came back totally revitalised. It might seem like a tiny thing, but I’ve never had that before, and it was just bliss."

Any recommendations for those visiting Plymouth?

"You’ll likely be able to catch me up on the Hoe watching the world go by, having some phenomenal Caribbean food served up by Mama Rita, or drinking at least one too many beers at the Bread and Roses. For listening to - the absolute legends Ferris & Sylvester just had to reschedule a gig here, but I have it on good authority they’ll be back very soon. Or maybe just the live music on the barbican, with a pint in the sun, will do for now."