Our 2022 round-up showcasing some of our community's top projects of the year. As selected from Eat Work Art sites across London and Plymouth: Hackney Downs Studios, Netil House, Old Paradise Yard, Netil Market and Alma Yard.

Hackney Downs Studios' resident Zeena Shah always brings a splash of colour and joy to our day; and this year she's published a book to do the same!

Learn the art of marbling here.

It was a huge year for creative design studio Studio Nari (Not Always Right Ideas) as they moved into their new Netil House space, studio Founder Caterina Bianchini got named the Creative Review's #1 UK Creative Leader of 2022, and a whole host of incredible projects to boot.

One such standout project was their branding and design work for Nike's Passback identity in collaboration with Marcus Rashford. 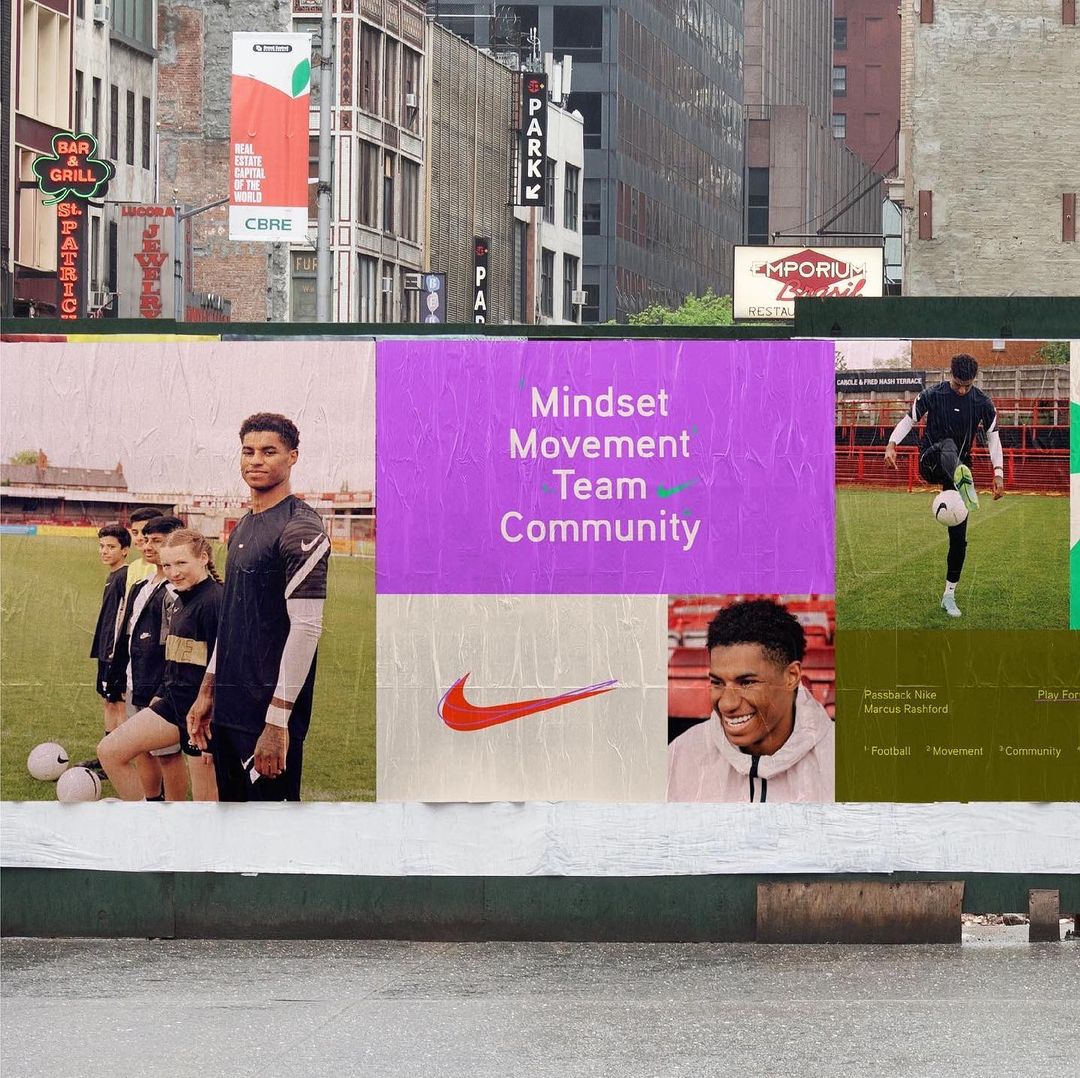 Sam Tozer, Founder of Vision Factory, is a mastermind of transcendental production and performance design.

This year he worked with Lost Frequencies to create a show-stopping arena display. 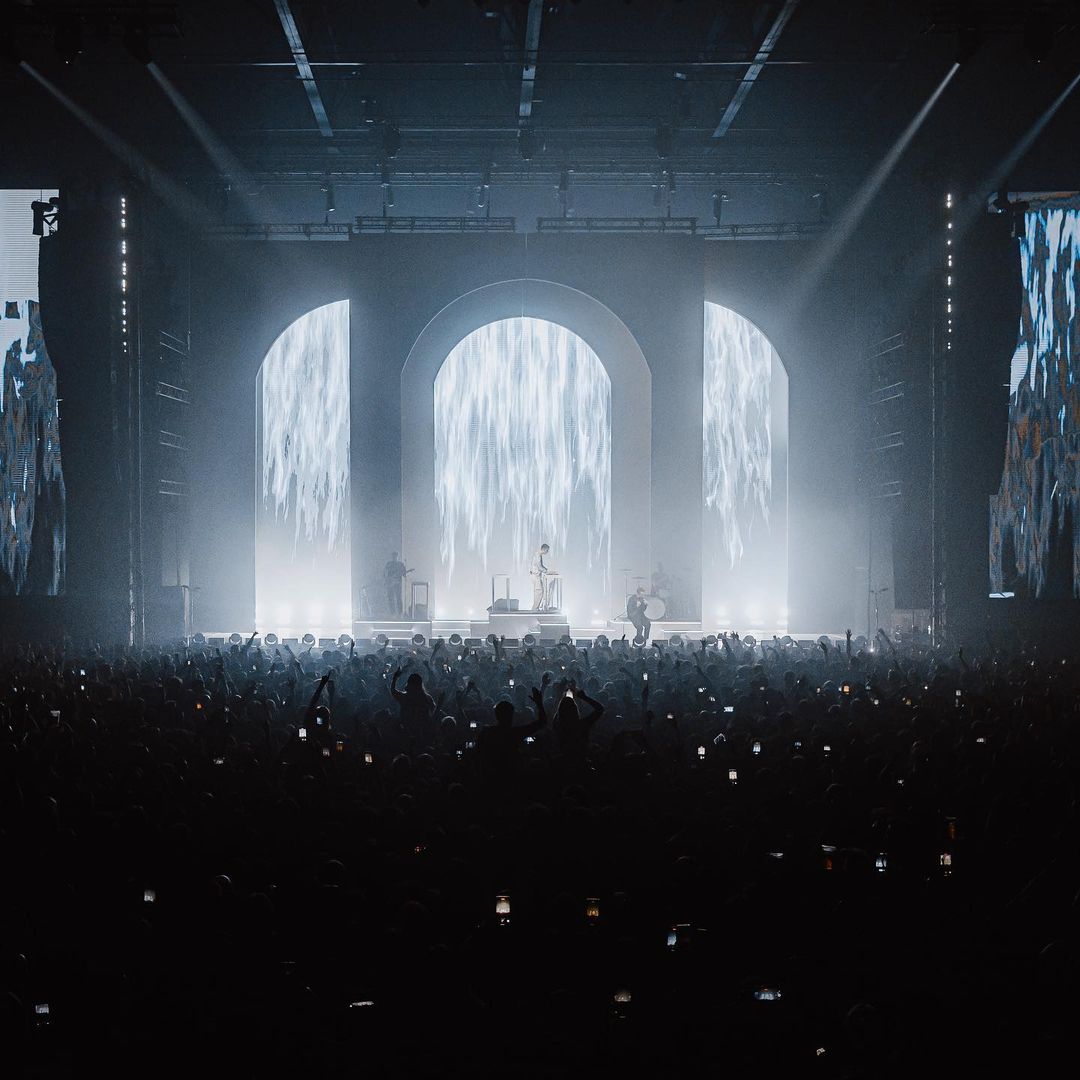 Right to Left is a design and brand studio founded by Samar Maakaroun, based at Hackney Downs Studios. Right to Left are female led, multilingual, interdisciplinary and cross generational - allowing them to bring their varied perspectives to each brief, digging into the nuance of culture and language.

This year, RTL worked on the typography and dreamscape for Porsche's "Ramadan" campaign.

"For us, Ramadan is a time of meditation, but also a time of being with the family. It sort of connects the individual to the wider collective, and we wanted to represent that in a kind of subtle way."

Loz Thomas is a tattooist dubbed the "king of clean lines, badass girls and dot work detail". Working from his PRJC-T studio at Netil House, he's inked many a high profile figure, however this year he also worked on some custom Wallabees for Clarks which were a little more left field than his regular ink-on-skin action.

Check it out here.

This year saw the exciting development of Netil Market's community offering with the launch of natural wine connoisseur Wingnut Wines.

Since launching their new sit-in or buy-out unit, Wingnut Wines have also hosted a variety of wine-tastings and even a pop-up in conjunction with Hot 4 U. 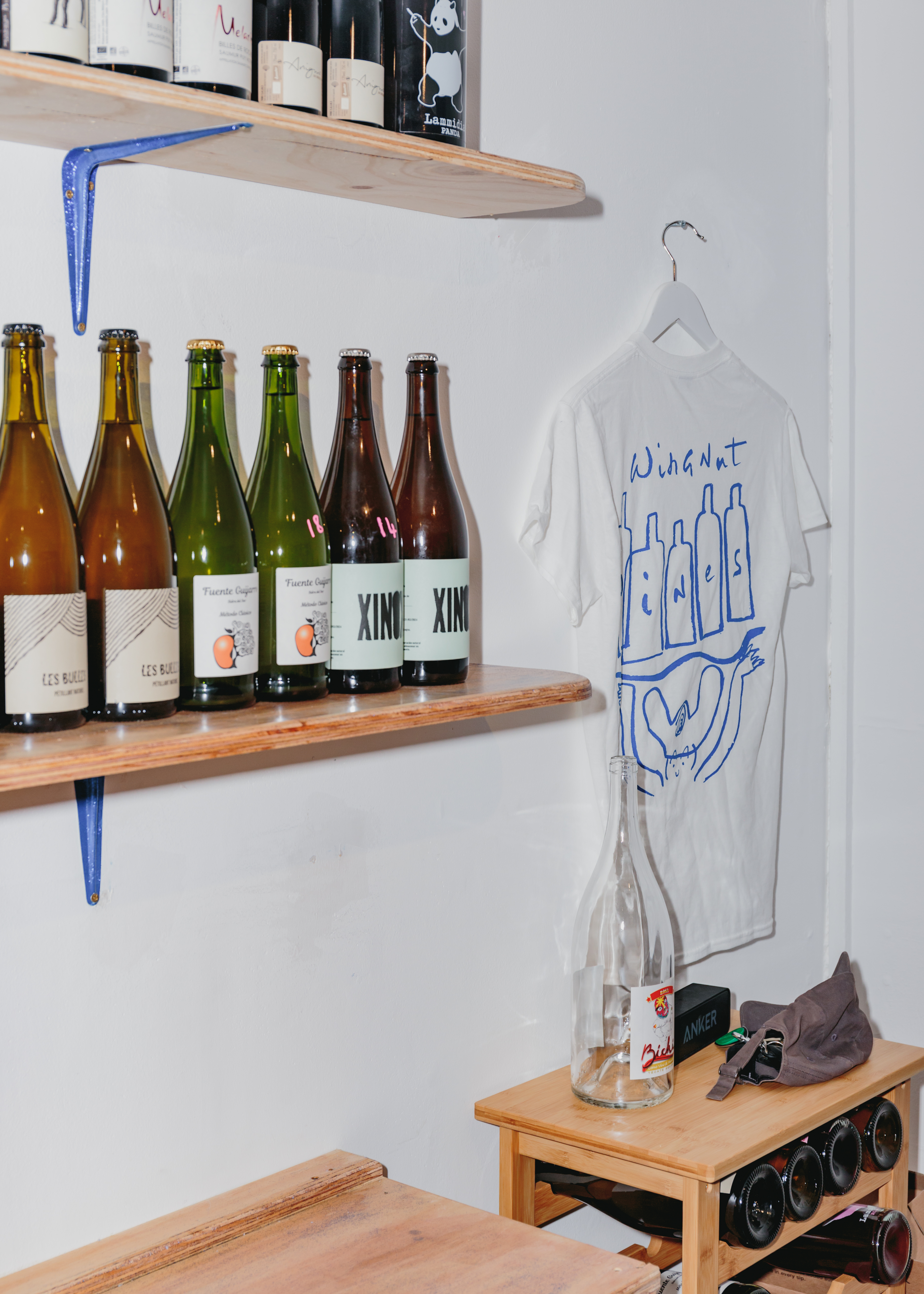 Their efforts took them on an epic journey to the source of the brand story in Rwanda, and Tom even produced and screened a mini-documentary to coincide with the re-brand launch. 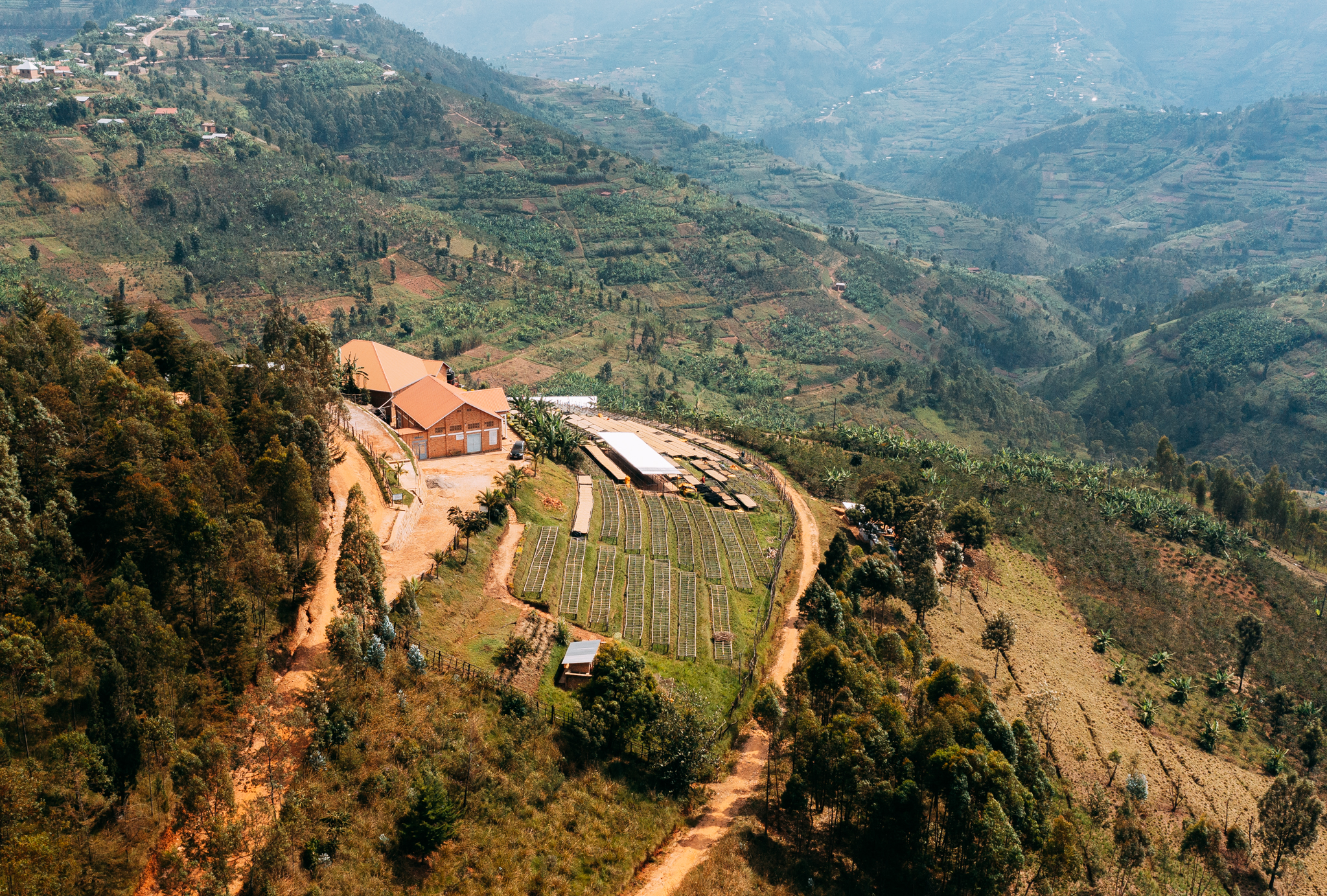 Art on a Postcard are a not-for-profit raising money for charities through sales of incredible artworks handpicked by AOAP. This year, Art on a Postcard reached their record fundraising amount of £96.5k in their exemplary Winter Auction.

Hackney Downs Studios based photography studio Little Big Studios have worked with the BBC, The Guardian, TikTok, Vogue and more.

This February, they took pleasure in shooting a campaign for Clover Moon, a sustainable fashion and interior design brand described as an alchemist of patterns, prints and stories.

Another inspiring not-for-profit raising funds through art, Soundwaves Art create artwork based on the  soundwaves produced from some of the world's most iconic musicians/songs.

Alongside many a jaw-dropping name, Soundwaves recently collaborated with none other than Kiss, taking inspiration from "I Was Made For Loving You". 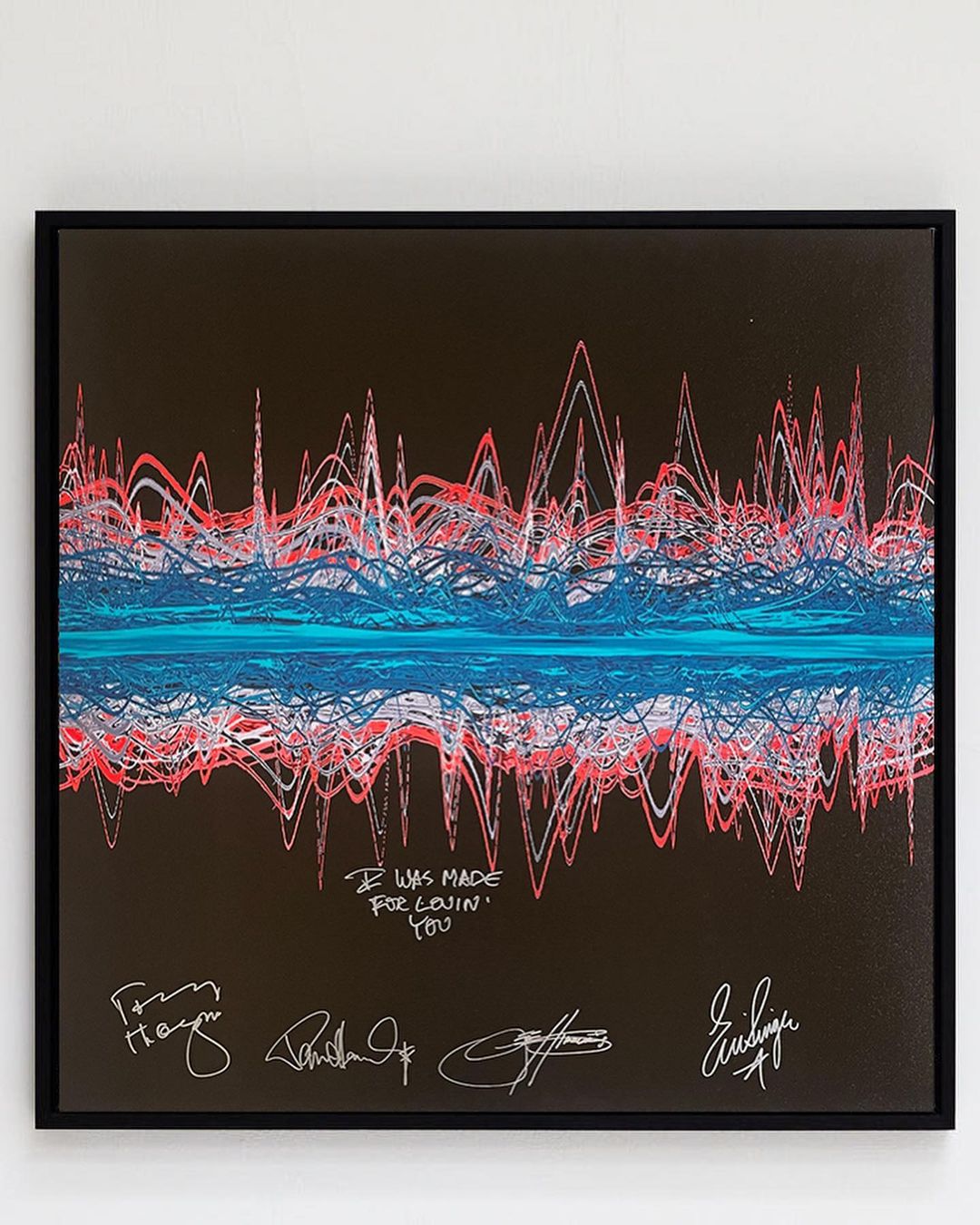 One such award-winning design is "Reaction Diffusion". Reaction Diffusion was inspired by the methodologies scientists use to map neural activity. The artwork was created for gaming app creator Brainium as a means of visualising their data to replicate synapses firing in the brain. 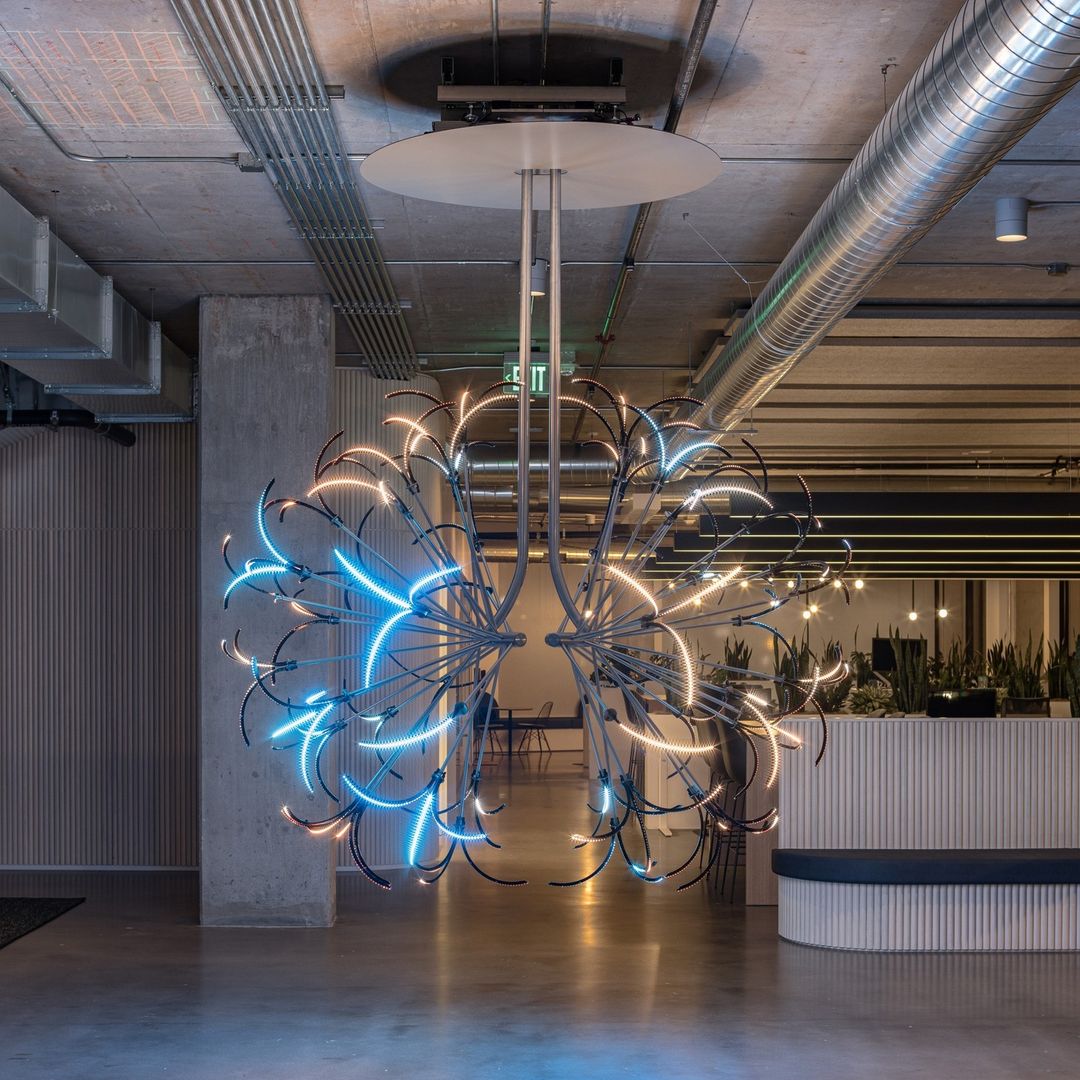 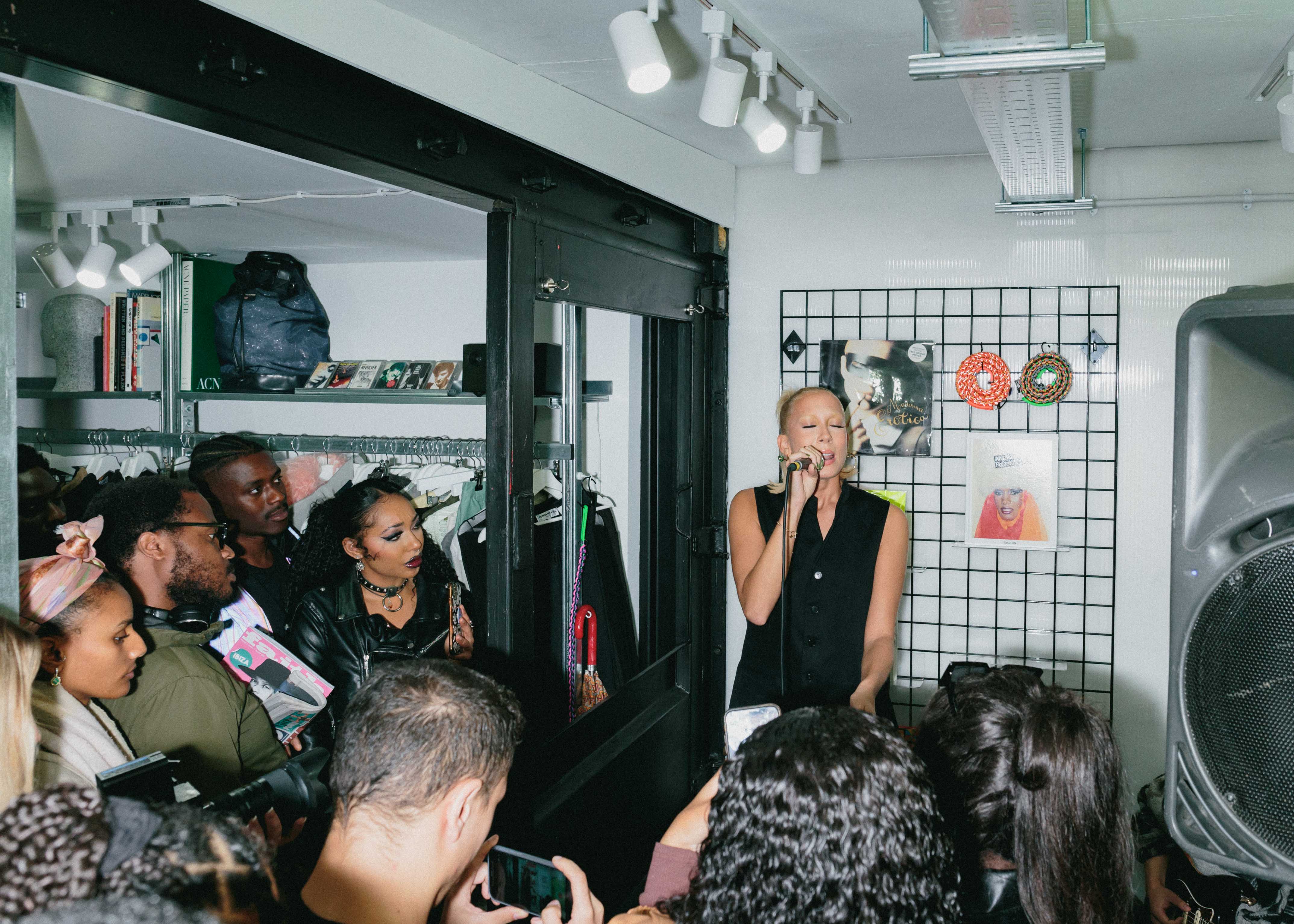 This year saw the announcement of a mammoth project headed up by Alma Yard's Studio Agora.

The Armada Way Regeneration project will reimagine Plymouth's Armada Way as a new Linear Park, restoring its original design intent as a grand boulevard leading to the city's waterfront, while offering an exciting and engaging space fit for a modern city. ⁠

Hackney Downs Studios' based artist Kelly Anna is used to creating incredible large-scale murals, however, this year she took her efforts one step further by transforming an entire football pitch in collaboration with Nike. 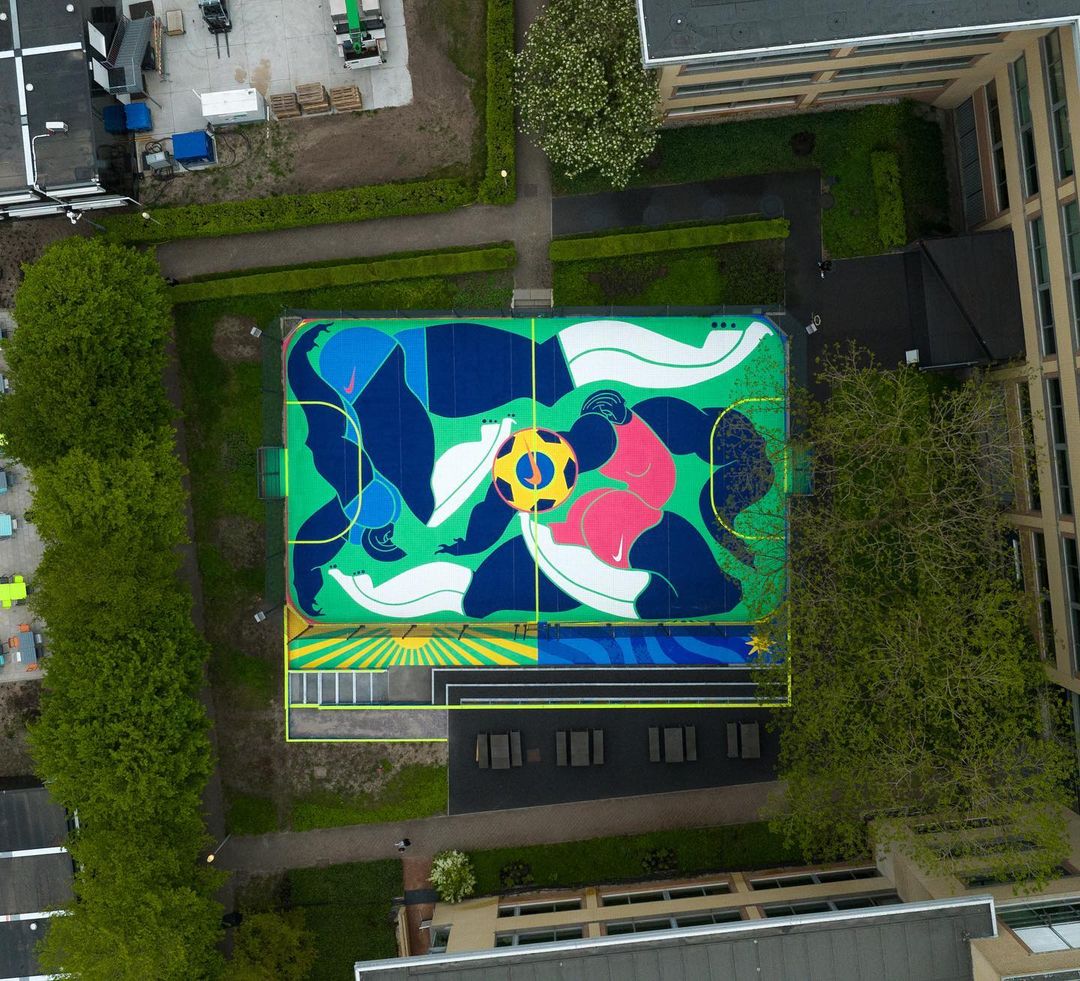 Creators of stand-out commercials, film, content and TV, Dirty Films, took a walk on the wild side with their work for Harley Davidson.

Among their highlights of 2022 was their show design for the "Some Nights I Dream of Doors" Obongjayar tour. 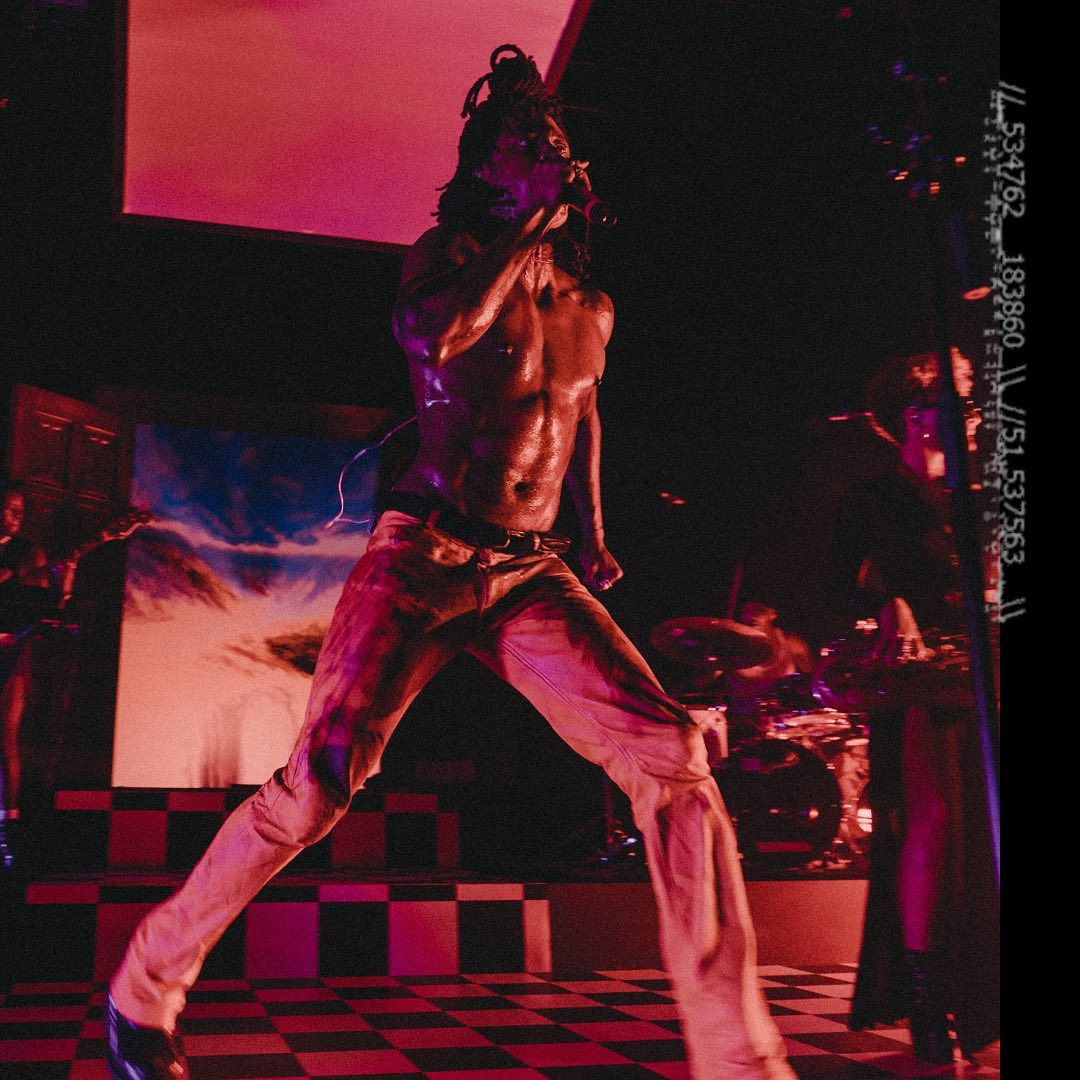 Purveyors of the fattest subs in Hackney, Mats Fat Subs had an epic year of sando slinging as he expanded his business to set up shop at Netil Market.

Make sure to try his adventurous flavour combinations in the New Year!

Plymouth Design Forum describes itself as "a place to discuss, debate and promote design thinking and creativity in Plymouth". PDF is co-founded by Alma Yard's own James Edgar (of James Edgar Studio).

This year PDF have hosted a range of inspiring design events, with one of their more recent series, "Local Legends", aiming to showcase the amazing talent based right in Plymouth. 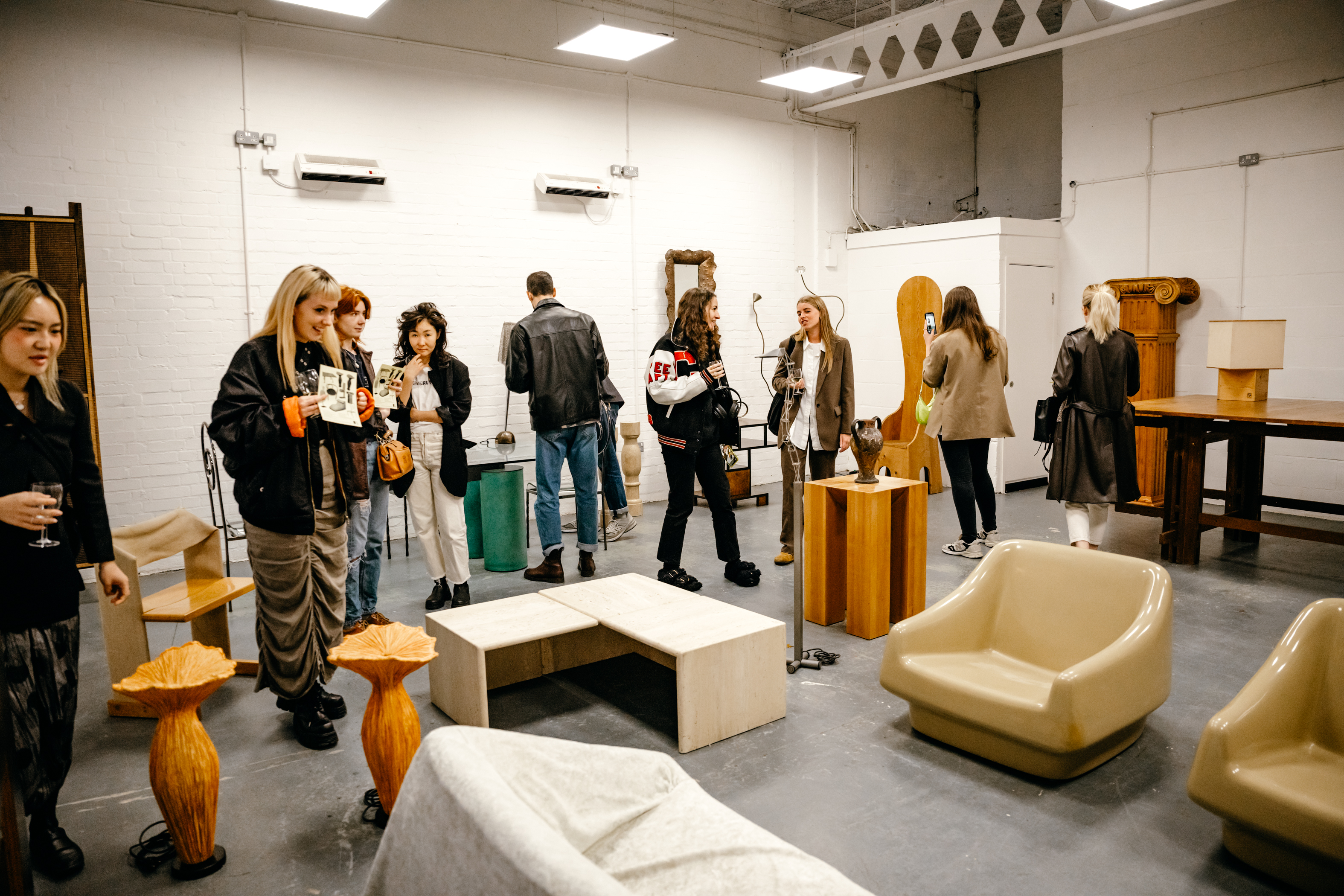 Netil House based stylist Aimee Croysdill is no stranger to styling the stars. One of her most recent projects saw her styling "Don't Worry Darling" Director Olivia Wilde for the pages of Variety.

Lyndsey Gribble of Wild Sea Calligraphy is a professional calligrapher, modern calligraphy tutor and author of The Calligraphy Ideas Book. This year alone, Lyndsey has hosted 35 workshops online or from her Alma Yard space, as well as over 30 weekly workshops for her Patreon members!

This Summer, Lyndsey collaborated with Master Penman Barbara Calzolari for a special Summer Calligraphy Festival, bringing people from all over the country (and Barbara from Bologna) to her studio space in Plymouth.

Outpost is a London-based Architecture & Design studio based at Old Paradise Yard.

This year, they set the ball rolling on a hugely exciting project "The Vinery", creating a curved nissen hut structure using natural building materials such as I-joist timber frame, clay, lime and hemp.